Kaboom! How to Take Awesome Fireworks Photos with Your iPhone 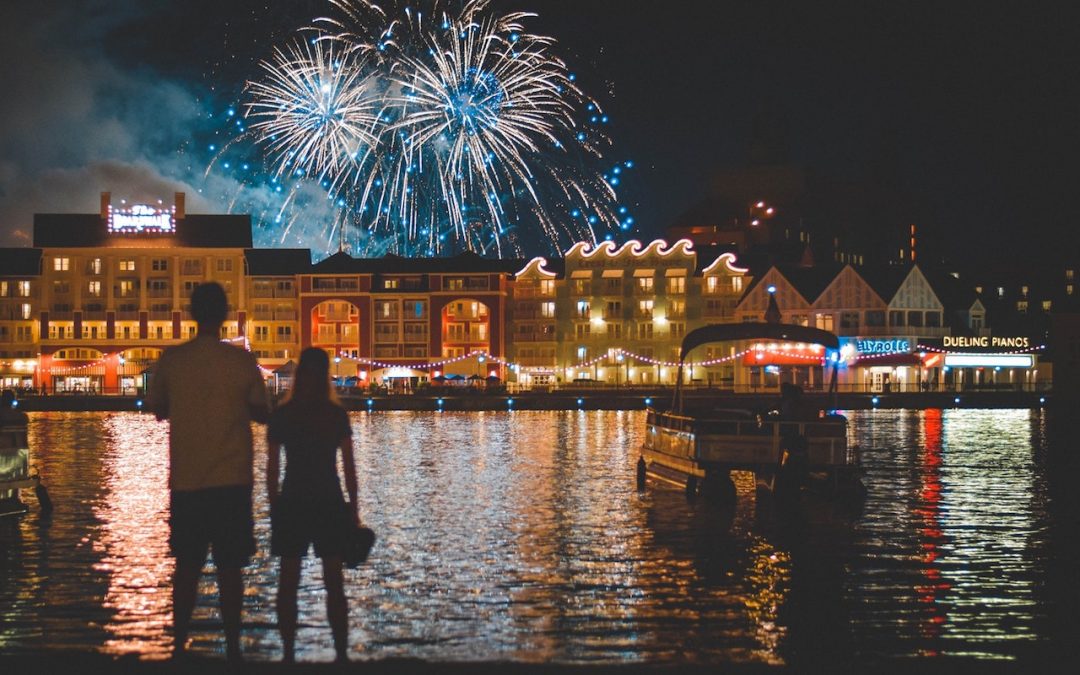 July 4th, the day when fireworks fill the sky. As the crowds ooh and aah at glittering chrysanthemum and willow effects, here are a few tips to improve your inner photo you. Although not DSLR camera capable, under the right settings, your iPhone can provide for surprisingly competent nighttime photographs.

Consider your position before it gets dark. If you’re too close, you might not be able to capture the full glory of a massive burst. Too far away, and the fireworks will be little spots of light. Make sure there aren’t any power lines or lamp posts between you and the fireworks. If there’s nearby water, you might be able to take some interesting reflection shots.

2: Turn Off the Flash

The iPhone’s flash works only at short distances, so turn it off to avoid annoying people around you. In the Camera app, tap the lightning bolt and then Off.

Disable HDR by tapping HDR on the Camera screen and then tapping Off. HDR, or High Dynamic Range, combines three exposures into one photo, which works well when some parts of a scene are dark and others are light.

The problem with HDR is that fireworks will move slightly between the exposures, which will introduce blur. That could be an interesting effect in its own right, so if you want to try leaving HDR on, be sure to enable Keep Normal Photo in Settings > Photos & Camera. That way, you can see whether you prefer the normal image or the HDR version.

4: Hold Still or Use a Tripod or Monopod

To reduce the chance of your fireworks photos coming out blurry, keep the iPhone as still as possible—try holding it with both hands and pressing your elbows into your sides.
Alternatively, use a tripod, although a monopod or selfie stick can offer stability while letting you more easily move the iPhone around to frame different portions of the sky.

With fireworks, it’s nearly impossible to predict the exact moment when a blast of color will be at its most impressive. So don’t! Instead, use one of the iPhone’s special modes:

6: Use an App for Longer Exposures

Apple’s built-in Camera app doesn’t let you increase the length of exposures, which can provide striking light trails of fireworks. Lots of independent apps do offer that capability, including LongExpo (free), Shutter (free), Slow Shutter Cam ($0.99), and Manual ($5.49). Regardless of which you try, play with different exposure times to get the effect you want.
One last thing. As much fun as it can be to photograph fireworks, don’t let the iPhone get in the way of enjoying the show with family and friends!